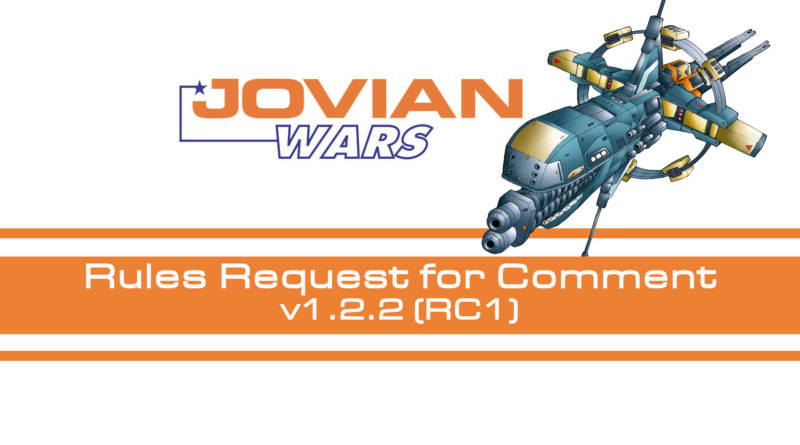 Well, I have finished a pretty large update to the rules, and am ready to release them to the general public for review as part of a Request for Comment (RFC). I’m calling this version v1.2.2 Release Candidate 1 (RC1).

Note that RC1 won’t really exist in the future, this is just to differentiate it from the final v1.2.2 that eventually gets archived. Without further ado, here’s a link to the rules:

I’ve also re-costed and edited all of the units in v1.2.2. You can find the cards here:

Unfortunately, the unit cards aren’t quite ready yet, that’s work in progress. I will continue to work on this over the next few weeks with the intent of making v1.2.2 the new “stable” ruleset and sunsetting v1.2.1. I can’t commit to a hard deadline here, especially with family and holiday obligations, but I’d like to finish things up by the end of 2021 and do the changeover.

The Discord is the way to get in touch with me. I will check the forums, but I don’t do it every day.

I’ll organize this by section, as best I can.

Well, even though the spreadsheet isn’t pretty, the units are released for review, issue resolved.

I am reasonably happy with the S-curve costs on all the various ratings for Squadrons/Capital Ships. There definitely could be some more work on the weapon costing and simplifications.

Just to situate us, here’s a tentative roadmap:

v1.2 was a great skeleton of a game, but it was clear that it was unfinished. I’m of the opinion that aside from the obvious small errors (which were fixed in v1.2.1), there are several key issues with the game. I wanted to focus more on mechanics early in this process and focus on lore inspiration as opposed to lore accuracy. In other words, I’d rather not get bogged down in the fact that Mekton-era book X says that unit Y has weapon loadout Z and currently that’s not the case in the rules.

Right now there’s just too many moving pieces and an absolute dearth of gameplay data. You can help by putting models on the table, and a TTS module is in the works, so hopefully that will start to move in the right direction soon. I wanted to get a core set of mechanics built, stable, and release them for test before starting small tweaks to units based on old lore.

I’m of the opinion that if changing the weapon loadout on any particular unit dramatically changes balance, something is very wrong with the core mechanics and general weapon balance. I’d be comfortable with the battlespace role of the unit being changed with weapon loadout (or other similar change) but not the overall game balance. That’s why the roadmap is the way it is. And of course, tweaking things due to lore will require some balance changes, which in turn may require departures from lore, which we can then try to reduce, which will… it’ll be iterative.

Anyway, here’s a few things big picture core mechanic concerns that I had, and how I addressed them in v1.2.2.

Stuff takes forever to die or even get damaged because a lot of stuff only rolls 2d6 when attacking. This slows the game down, because things aren’t dying and thereby reducing actions and decision space, and also feels really bad when players roll dice and nothing happens. To address this, I added more opportunities to get Flex Dice based on positioning. Positioning is a huge part of any fleet game where there are restrictions placed on models’ movement, so I wanted to reward careful positional play with better odds.

Adding Flex Dice primarily affects the accuracy of the hit, not the damage, and this made it natural for the ECM trait remove Flex Dice. Electronic Countermeasures make it harder to hit stuff, so ECM should reduce accuracy, but not in all cases. This gets rid of the confusing language/implementation on the table of ECM from v1.2, which is nice.

Another nice fix here is that Stealth and ECM were only subtly different, they basically reduced Sensor range, but now they do explicitly different things that have the same abstract effect on the table, but accomplish that effect in different ways. Stealth makes it so you can’t attack in certain positions, and ECM makes your positional bonuses for attacking less effective. They won’t simultaneously be active either, because if you can’t shoot at something you won’t care about the ECM either, which speeds up play as well.

Going back to the idea of rolling dice and having nothing happen, that really sucks in a single-activation-per-turn game. Skill Tests or Rating Tests are a big part of this. Most things are Skill: 2 in this game, so again we’re back to hunting for pairs on bad odds. Many of the “Special Actions” (now just “Actions”) required a Skill Test Result of [D+] to do anything, so often you’d declare an action, it doesn’t do anything, and then you’re sad and you feel like you wasted your time.

To address this, most of the Skill Tests that required a test now have Result-appropriate effects. Generally, an [N] result gives you most of what you were looking for when declaring the Action, and results of [D+] remove any penalty. For example, the Long Range Sensors action allows you to double your Sensor range to shoot at something and has the following Skill Test Results effects:

Jovian Wars is a fleet game, but it’s not a wet-navy game. While I have no interest in building a Newtonian physics simulator, I did want to at least acknowledge the fact that ships can do things in space that they can’t do in water while retaining the “inertia” feel. Two things changed here for Capital Ships:

Thrusters now speed you up, slow you down, and limit turns. Your max movement is Speed + Thrusters, and your minimum movement is Speed – Thrusters. This allows me to remove Boost for Capital Ships to let them do other more interesting Actions while ensuring that they can still get a little extra movement if they want it. Also, if your Thrusters are severely damaged, you can’t slow down, which helps ships feel big and ponderous.

Turning, however, is where things get a little more nimble. As noted in the Changelog, I removed Nimble as a trait, and just gave all ships a turn rating. Ships that weren’t Nimble before just have Turns: 1, and Nimble ships have Turns: 2. This has the obvious effects of cleaning up the Traits section of a ship’s card as well as giving me the space to explore a Turns: 3 or even a Turns: 0 ship if that’s something we need. One subtle change that is easy to miss is that the Nimble trait used to require 2″ of straight line movement between turns. That requirement is now gone, further separating Jovian Wars from that “wet navy” feel. The Reorient action has also been changed to allow for some pretty crazy maneuvers, again with scaling Skill Test results.

I also removed the 1″ squadron spacing restriction. I got some light pushback from the playtest groups about this, but overall it’s a relatively minor change that will have a noticeable improvement in play speed as you no longer have to keep checking spacing. It has some minor implications to Interception, as now you could potentially “thread the needle” by getting 1″ closer to a Capital Ship to avoid Interception, but the Intercepting player has the option to just have their Squadron 1″ closer to the Capital Ship it’s flying CAP for.

Boarding is now Assault for Exo-Armor and Boarding for Marines. Adding Assault was just acknowledging the fact that the v1.2 Boarding was actually two separate mechanics under the same heading.

Going back to the Lethality and Agency issues, Boardings just were crazy to me, as they were a multi-step process of just whittling down the attacking forces, even driving them off and forcing them to turn around. Also, having Marines leave the ship only to have to brave the point defense again on the following activation just felt wrong.

So now they brave the point defense once and they can be joined by Marines from sister ships, which I thought was also important. I added a small mini game to Boarding to make it more tactically interesting as well. There are those in the playtest groups that want to see this minigame expanded, but first we had to see if it was too much of a time sink and how interesting it was before making those changes.

I knew going into this effort that designing this game by myself (advised by a playtest team of course) would require some serious automation. The first bit of automation I did was to build a maintainable unit cost spreadsheet. In doing so, I discovered than Venusian ships were costed differently than Jovian and CEGA ships. For example, everyone gets Sensors: 2 for free, but Jovian/CEGA paid 2 points to get to Sensors:3 and Venusians paid 4 points for the same stat increase.

Of course, in the context of v1.2 this makes sense, because Venus has some pretty strong synergies between Sensors and ECM. In my opinion though, I think the base statlines should all cost the same and the traits should scale based on the statline. If ECM + good Sensors is so strong, then make ECM cost 3 points per Sensors rating, or something like that. Don’t change the costs of core stats because of one trait.

Also, we’ve moved from a linear cost model to an S-Curve cost model. Fighters and their very high speeds were generally penalized for having all that speed. The difference between 8 and 9 speed isn’t really worth 1 TV, it should be a fraction of TV, basically. We’ve moved all stats to a S-curve cost model, so the very highest ratings get a little bit of a discount.

Everything in the spreadsheet is now automated and has moved more towards a relational database implementation model, which will ease the development of the army builder.

One huge change that I’ve made is that I’ve removed Upgrades. They aren’t gone forever, just for a few versions to reduce the complexity. I’ll probably add Upgrades back in as “block” upgrades, i.e. upgrade packages which essentially “modernize” a spacecraft to extend its usable life. This will limit complexity in list building while preserving list building flexibility. 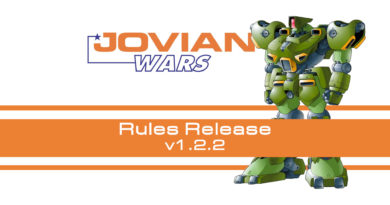 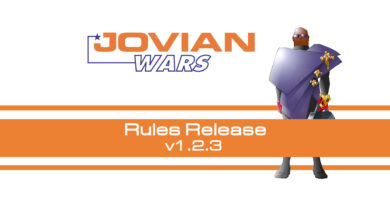 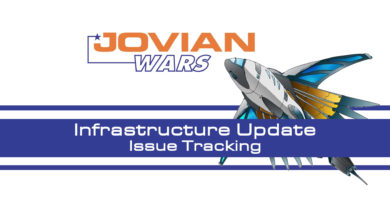